Last week I added another activity to the list of things to not turn down if at all possible.   On top of ski trips, days at the beach, and boating excursions a Technology Venture Forum should be made a priority.  (well maybe not 3rd on my list, but it’s up there!) 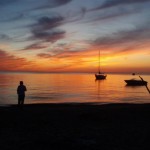 The forum I attended showcased technologies that are either being developed or recently developed at Cornell in hopes of licensing into a startup business.   The school is basically asking entrepreneurs to window shop and see if there is anything that they would like to turn into a company.  Obviously, they don’t give the technology away.  It is instead licensed, with Cornell holding onto an equity stake in the company.  The CCTEC then does what it can to support the new sprouting business to execute their business plan.

Normally I shy away from forums that require me to quietly sit still, however the rest of the startup industry seems to have the same problem.  So the speakers do a good job engaging the audience (on account of having to pitch their technology in an entertaining way) and there are lots of breaks to allow people to stretch their legs and exercise their vocal chords.

This specific forum was held by the CCTEC office at Cornell University.  There were presentations on organic PV cells, 3-D location sensors built on standard CMOS processes, among many others on physical and life sciences.  They also had a poster session during a cocktail hour to give everyone a chance to chat with the inventors of the devices that piqued their interest. 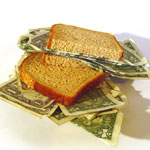 To further attract the attention of entrepreneurs, they had a lunch panel of venture capital firms that discussed what was important to know in order to get funded.  Some highlights:

All in all, a solid use of a day.  I’ve browsed the technology listed on the CCTEC’s website before, but talking face to face with the inventor is where the real value comes in.  If you have a chance to attend something like this in the future, I would highly recommend it.

This entry was posted in Uncategorized. Bookmark the permalink.